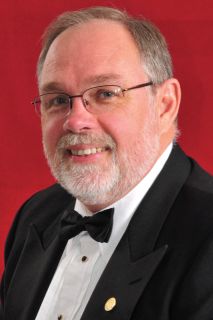 Mikehas been a member of Clifton Park Lodge 2466 since February of 1977. Since that time he has demonstrated his leadership and commitment to Elkdom in many ways. He served as an officer starting in 1978, the same year he was recognized as Elk of the Year. Mike served as Exalted Ruler in 1982-83. He continued as Treasurer from 1983-87, Secretary 1987-94 and Trustee from 1994 – 2000 and 2004-2009. He has also been active in other roles in the Lodge such as House Chairman, Newsletter Editor, Boy Scout Troop 246 Charter Organization Representative, Ritual Coach (including 2 trips to State Contest) and many other activities. Mike was recognized as Officer of the Year 2004-05, received the Grand Exalted Ruler’s Award 4 times and was elected to Honorary Life Membership in 1999. Mike is currently a Trustee, House Committe Charman and Audit Committee Chairman. You will also see him leading the PER Friday Night Dinner crew once a month. Mike has been a leader in the Northeast District for many years. He has served as District Chairman of the Ritual, Membership, and Government Relations committees. He has been appointed to the Steering Committee for Hoosick Falls Lodge and a Trustee of both Gloversville and Hoosick Falls after their Charters were surrendered. Mike was President of the Northeast District PER Association and served as the President of the District Past District Deputy Association since its inception in 2002. He has served as a Trustee and custodian of Funds for the Northeast District Charity Fund for over 15 years. He was also an important part of the “Leading Knights” clinic that was subsequently adopted by the State Association. Mike served as State Vice President in 1988-89 and District Deputy Grand Exalted Ruler in 1991-92. Mike has also been a leader at the State Association level having served a total of 11 years as a State Chairman of the Community Activities, Elks Memorial Day, Emergency Education Grants and Business Practice committees. He has also judged the State Ritual Contest twice and presented the Leading Knight’s clinic once. Mike was born in Syracuse, NY the oldest of 5 children. He attended Blessed Sacrament Elementary School, Bishop Grimes High School where he participated in football, wrestling, and lacrosse, and graduated with an Associate in Applied Science Degree from SUNY Morrisville. While attending Morrisville, he pledged Kappa Delta Sigma Fraternity and served as Corresponding Secretary and President. Mike has been married to his lovely wife Pat for over 30 years and they have three great children: Kait, Allison and Kevin. Mike is retired after serving as an Assistant Director of IT at the Department of Labor with over 35 years of serivice, all in Information Technology at the Labor Department. He has served his community as a member of the Zoning Board of Appeals, Shenendehowa Community Coalition, youth soccer and lacrosse coaching and wrestling official. He continues to be a big college athletics fan and enjoys golf as well as cooking. Mike is also a member of the Knights of Columbus.