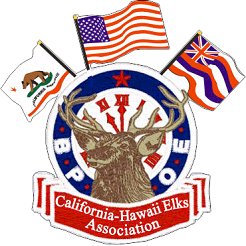 Elk volunteers visit thousands of hospitalized Veterans that have protected our freedoms. The Elks vow “So long as there are Veterans, the Benevolent and Protective Order of Elks will never forget them.” The Elks support both active military forces and retired veterans. Elks furnish food, comfort care items, therapeutic items and gifts, host holiday celebrations and recreational activities at bases and hospitals, and stand ready to fulfill any need when called upon. Last year alone, the value of Elks’ contributions to the nation’s heroes provided more than $32 million to more than 300 Veterans Administration Medical Centers, clinics, and state care facilities. The Elks have entered into a partnership with VHA to support efforts homeless Veterans in their communities. To this end, the Elks have pledged $4 million dollars to help end Veteran Homelessness.

The Elks Community Investment Program will award nearly $10 million towards enriching our communities.

There are more than 1,900 Elks Lodges across the country with a total membership nearing  800,000. Elks’ members must be American citizens who are at least 21 years of age and must believe in God.

Approximately 3,000,000 boys and girls aged 8 through 13 participate each year in our "Yes to Hoop Shoot and No to Drugs" contest. The winners in each District go on to the State competition and the winners there go on to our National competition.

Over 100 years ago the Elks were early and large scale supporters of the Big Brother movement. By 1917, more than 400,000 Elks from 1,100-plus Lodges were looking after more than 30,000 little brothers. Realizing that the worth of the program far outweighed the prestige of keeping it strictly as an Elks program, we helped establish it as a separate national organization, open to all who wished to participate.

We are also members of the California-Hawaii [State] Elks Association and the BPOE of the USA.  The Benevolent and Protective Order of Elks is the largest Fraternal-Charitable Organization in the United States and is dedicated to service to our communities and to our country.  In order to take advantage of most of the activities presented by the Culver City Elks Lodge, you must be a member or an invited guest of a member. If you are interested and would like an invitation, check out our Calendar on the left and then email me and let me know when you want to come in. lance@bhi.guru