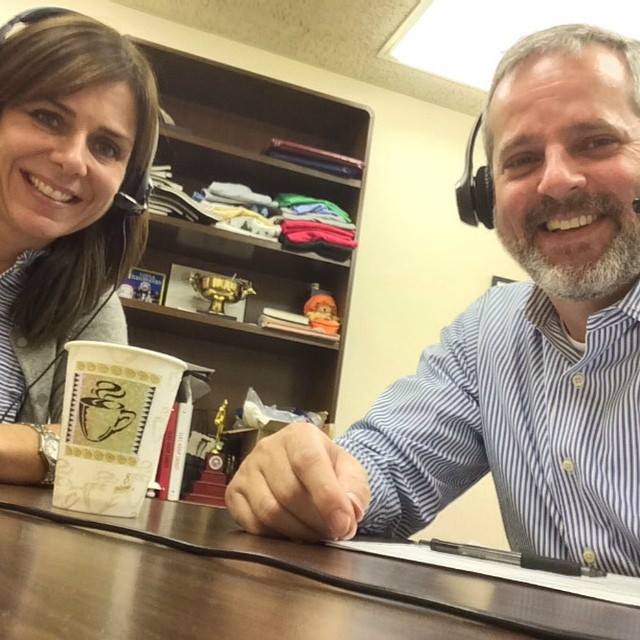 Join the ENF for lunch! Listen to the latest episodes of Midday with the ENF. The Elks National Foundation's monthly podcast—hosted by Director Jim O'Kelley and sidekick Debbie Doles, the Assistant Director—features stories, jokes, and an inside look into ENF programs.

Have a question or comment? Send it to the Midday Mailbag by emailing enf@elks.org with subject Midday.

On the go? You can also subscribe to Midday with the ENF through iTunes.

This episode of Midday is all about veterans. And may feature a guest appearance by the ENF Carolers, just in time for Christmas.

Here are the links to web pages and videos mentioned in the December episode of Midday.
In Memory of Cooper Heinz
Top MVS Winner Autumn Pack's Convention Speech
Catching Up with the 2014 Top MVS Winners
Headquarters Staff and Scholars Serve Veterans at a Local Stand Down
Engage Elks Scholars in Service
Serve Veterans with Projects that Address These Five Areas of Need

Click here to check out the show that inspired this podcast—Midday, the ENF's first talk show filmed in front of a studio audience at Convention in New Orleans. Hosted by ENF Director Jim O’Kelley and featuring jokes, Elks scholars, singing, and dancing.