Elks are American Citizens who guide our course in life by the Cardinal Principles of Our Order: Charity, Justice, Brotherly Love, and Fidelity. By living these values and by having such a great membership our lodge has done many great things for our fellow citizens.
We are dedicated to serving our community.

History of our Lodge

Norristown Lodge, now Bridgeport Lodge, was originally chartered in 1901. The original Lodge was located in Norristown at the intersection of Main and Swede Streets (Lodge depicted below). 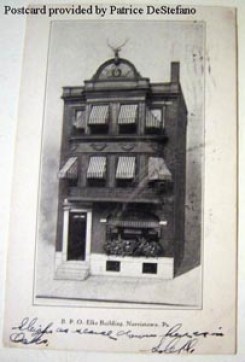 The lodge later moved to a new building in Norristown at 222 Haws Avenue. Although that building has been somewhat modified, the main portion of the building can still be viewed on Haws Avenue (Lodge depicted below). 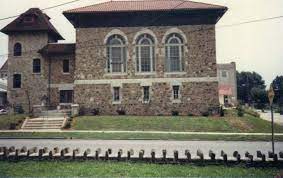 In the mid-1990s, the lodge moved to its current home in Bridgeport on 494 Ford Street and changed the Lodge name from Norristown to Bridgeport (Lodge depicted below). 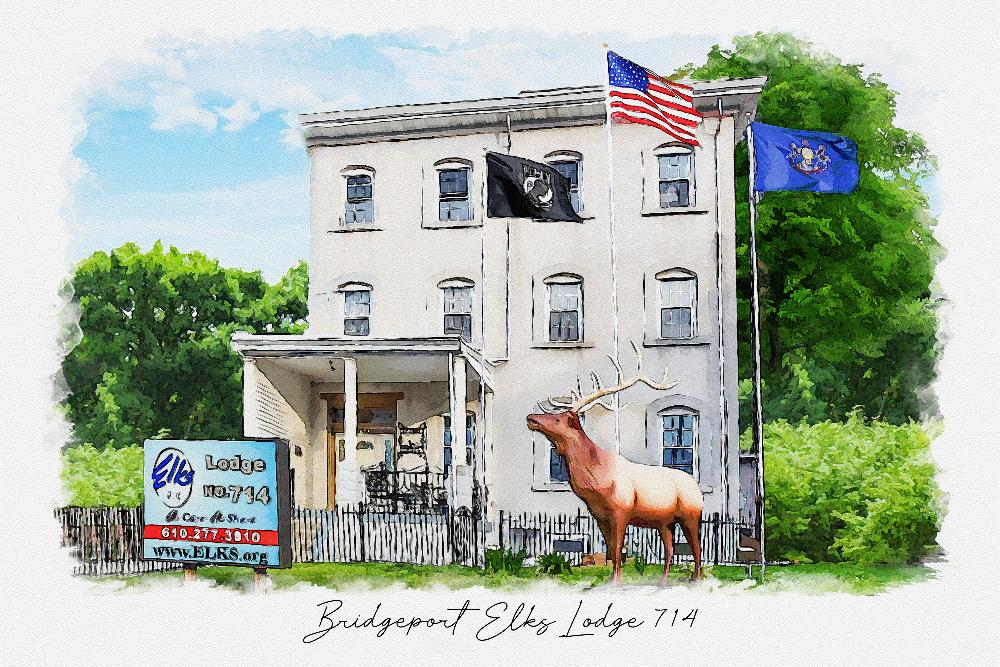 The Elks had modest beginnings in 1868 as a social club (then called the “Jolly Corks”) and was established as a private club . After the death of a member left his wife and children without income, the club took up additional service roles, rituals and a new name. Desiring to adopt “a readily identifiable creature of stature, indigenous to America”, fifteen members voted 8-7 to favor the Elk above the Buffalo. While early members were mostly from theatrical performing troupes in New York City, it has since evolved into a major American fraternal, charitable, and service order with more than a million members, both men and women, throughout the United States. Membership was opened to African Americans in the 1970s, and women were permitted to join in the mid-1990s. The opening of membership to women was mandated by the Oregon Public Accommodations Act, which was found by an appeals court to apply to the BPOE. Current members are required to be U.S. citizens over the age of 21 and to believe in God.

Although the original Elks were actors and entertainers, members of other professions soon joined the organization.
Today’s Elks represent just about the full spectrum of occupations in America. Throughout the course of the Order’s history, many celebrities from the entertainment field, business and public service have been Elks.  70,000 Elks served in the First World War: 1,000 gave their lives in the service of their country. 100,000 Elks served in the Second World War: over 1,600 made the supreme sacrifice for American freedom.

Former President Gerald Ford belongs to Grand Rapids Lodge No. 48, where his father served two terms as Exalted Ruler (President)
Of course, many members of Congress have been Elks, too.
Former Speakers of the House Tip O’Neill, Carl Albert, John McCormick and Sam Rayburn all belonged to the fraternity. Former Speaker Tom Foley belongs to Spokane, WA Lodge. The late Hale Boggs of Louisiana was also an Elk.