When John F. Malley founded the Elks National Foundation in 1928, he envisioned

that it would "unite the forces of the Order into a mighty army for the service of mankind." 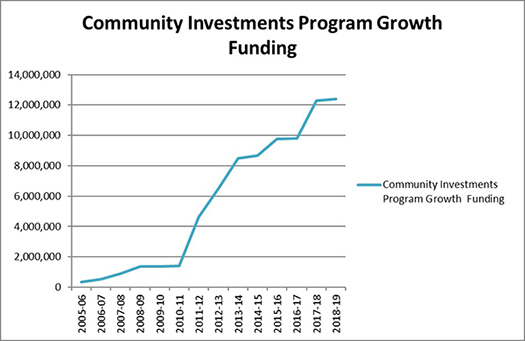 The Community Investments Program is that army.

When the program began in 2005 with a budget of $350,000,
we never imagined that budget would nearly quadruple in just over a decade. Now, as our largest program, the ENF invests nearly $15 million in the Community Investments Program to help Elks build stronger communities.

The Power of Volunteers