Origin of the Elks 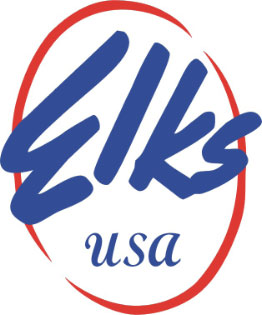 The Origins of the BPOE

In New York City, a small group of actors and entertainers, wishing to continue their social gatherings on Sundays, when New York's blue laws prevented the opening of public establishments, began to meet regularly as the "Jolly Corks," a name derived from a bar trick introduced by the group's organizer. While the meetings were held with regularity, apparently no form nor substance resulted, except for the adoption of a toast to members of the group not in attendance. Shortly before Christmas in 1867, only a few months after the fellows began to meet, one of their number died, leaving his wife and children destitute.

Presidents Warren G. Harding, Franklin D. Roosevelt, Harry S. Truman and John F. Kennedy were all Elks. Former President Gerald Ford belongs to Grand Rapids Lodge No. 48, where his father served two terms as Exalted Ruler. Of course, many members of Congress have been Elks, too. Former Speakers of the House Tip O'Neill, Carl Albert, John McCormick and Sam Rayburn all belonged to the fraternity. Former Speaker Tom Foley belongs to Spokane, Washington, Lodge. And the late Hale Boggs of Louisiana was also an Elk.

Entertainers Lawrence Welk, Will Rogers, Jack Benny and Andy Devine were Brother Elks, too. Brother Devine served as Exalted Ruler of San Fernando Lodge No. 1539. And Brother Clint Eastwood is a member of Monterey Lodge No. 1285. William F. Cody, better known as "Buffalo Bill," was also a Brother Elk. From the sports world, the Order has counted among its members the likes of Vince Lombardi, Casey Stengel, Mickey Mantle, Whitey Ford and Jim Finks.
Elk Colors*
The Elk colors are Royal Purple and White, a combination deriving its origin from the history of the clergy, nobility and the people. Throughout Europe, the Orient and in Rome, the symbolism of colors was associated with severity of laws and customs.

Each color in each pattern was identified religious, or political, and to change or alter it was a crime of rebellion, a desertion of principles, party or cause. White denotes purity and absolute truth. When combined with Royal Purple it signifies the love of truth and the highest degree of virtue.

Purple is the badge of Kingship, the color for the robes of Emperors and High Priests, and signifies highest favor. Blending of White and Royal Purple indicates the favor of the people, which bespeaks the status of Elkdom.

* From "An Authentic History of the Benevolent and Protective Order of Elks," by Charles Edward Ellis.
"Auld Lang Syne"
The old Scottish song, "Auld Lang Syne," is the fraternal anthem of the Benevolent and Protective Order of Elks. It has been used in Elk rituals and fraternal occasions for over a century, and it is often sung after the Eleven O'clock toast by Elks and their guests at social functions.
BPO of Does
A group of women of Omaha, Nebraska, wives of Elks, discussed the forming of an order with similar ideals and precepts of the Elks. So enthusiastic did they become that on February 9, 1921, invitations were extended by Mrs. James H. Craddock, to sixty women in Omaha to meet at her home, 3716 Hawthorne Avenue, for the purpose of laying the foundation for the Order.
Although independent, this organization would be in harmony with the Benevolent and Protective Order of Elks and organized along similar lines, with its membership to be confined to wives, widows, mothers, daughters, and sisters of Elks. Thirty-two women were present at this first meeting and a temporary organization was formed that day. These women met for six months until Omaha Elks Lodge No. 39 graciously invited the DOES to meet in their Elks Lodge Room. A firm was employed to prepare the necessary papers and Constitution.

The Grand Lodge was formed and chartered on February 12, 1921 by the State of Nebraska with authority to charter subordinate lodges, called "Droves". These ladies, with the assistance of the Elks, and with the desire to work in harmony with and to always keep uppermost in their minds the idealism of Elkdom, laid the foundation for a permanent organization dedicated to the principles of Patriotism, Charity, Loyalty, and Love.

It was a trust, hope, and ambition that this organization would spread in ever-increasing circles and, in the fullness of time, a Drove of DOES would be in every city where there is an Elks Lodge. The Benevolent, Patriotic Order of Does filled a need for a national women's organization whose members met specified requirements and shared mutual interest with the Benevolent and Protective Order of Elks.

Membership into our Order is by invitation of a Doe, who is the Proposer. The application must be signed by the Proposer and two Members ofthe Drove, who are References, as well as by an Elk Sponsor, other than the Applicant, who must be an Elk in good standing. An Applicant must believe in God, be an American citizen, and have attained the age of 21. Additionally, the Order is non-sectarian and non-partisan.
The BPOE of Canada
This Elks order was founded September 26, 1912 and incorporated under a special Dominion of Canada Charter. The first lodge of the Benevolent and Protective Order of Elks of Canada was established in Vancouver, British Columbia. Brother Charles E. Redeker became the first Grand Exalted Ruler (or national president) of the Benevolent and Protective Order of Elks of Canada.

The Benevolent and Protective Order of Elks of Canada is the largest all-Canadian fraternal organization in Canada.

In the U.S.A., the Elks began with a group of actors and entertainers led by Charles Algernon Sidney Vivian, an Englishman. They chose the name Elk because of the animal's stately qualities. The framework of the organization was developed at a meeting in New York on February 16, 1868 and spread rapidly becoming one of the most respected and successful organizations in the United States of America. It was only natural to base the Benevolent and Protective Order of Elks of Canada on such a fine example.


The Benevolent and Protective Order of Elks of Canada have grown to over 330 lodges with more than 24,000 members and are committed to our vision of being the most progressive family focused organization in Canada, meeting community and member needs and expectations.

In 1998 a referendum was passed by the membership removing the word male from the Constitution - permitting women to join the Elks.

The Benevolent and Protective Order of Elks of Canada still utilize much of their Order's original Initiation Ritual, including the use of a skull, hoodwinks, blackball method of electing candidates to membership, and regalia. The regalia consists of a purple fez, similar to that of the Nobles of the Mystic Shrine, with a white tassel and an Elk's head represented on the front.

The use of the fez as the official headgear of the Benevolent and Protective Order of Elks of Canada began pursuant to a resolution passed at the 1925 convention held in Montreal, Canada.

Since its inception, the Royal Purple of Canada has grown to over 200 Lodges and 7,000 Members. Membership means you will receive a warm welcome when visiting any Lodge, a network of friends that you can tap into anywhere in Canada. Extending this network farther is our partner Organization, the Benevolent and Protective Order of Elks of Canada.

The qualifications to become a Member of the Royal Purple are: Female, sixteen years of age, resident of Canada, supporting democratic and lawful government and the purposes and objects of the Order.

The Members of Royal Purple of Canada focus primarily on the promotion and support of community needs across Canada through Local and National programs. Some of these programs include: The Elks and Royal Purple Drug Awareness Program and The Elks and Royal Purple Literary and Poster Contest, each promoting a drug free lifestyle. The organization has a national charity - the Elks and Royal Purple Fund for Children. Fund for Children.
Improved BPOE of the World
The Improved Benevolent Protective Order of the Elks of the World (IBPOEW), was modeled after the BPOE and its stated purpose is, "that the welfare and happiness of it's members be promoted and enhanced, that nobleness of soul and goodness of heart be cultivated, that the principles or charity, justice, brotherly & sisterly love and fidelity be inculcated, that its members and their families be assisted and protected, and that the spirit of patriotism be enlivened and exalted."

The IBPOEW was formed in 1898 in Cincinnati, Ohio by B.F. Howard and Arthur J. Riggs, a Pullman porter. They had been denied membership in the all-white BPOE and they were determined to form an organization that granted membership to all qualified individuals without regard to race, creed, or ethnicity. Mr. Riggs was able to obtain a copy of the BPOE ritual and after consultation with an attorney, discovered that it was not copyrighted. Riggs applied for and was granted a copyright of the ritual and on November 17, 1898, the first meeting of the IBPOEW was held.
The IBPOEW's founding brought resentment among members of the BPOE due to the use of their riutal and emblem. Although reconciled to the inevitability of a Black Elk organization, they resented the IBPOEW's use of the BPOE seal. Use of the seal by non-BPOE members was even ruled illegal in New York State in 1906. Sensing an opportunity to improve relations with the BPOE, the IBPOEW Grand Exalted Ruler Armand W. Scott ordered Black Elks to wear an IBPOEW pin and not the BPOE pin, even though they differed only by the initials engraved over the elk's head at center. This small difference, apparently, was enough and in 1918, the BPOE officially ended its opposition to the IBPOEW. The period of inter-fraternal strife was rendered closed.

Its women's organization, the Daughters of the IBPOEW, is organized in units called "temples."

The IBPOEW presently has approximately 450,000 members in Lodges throughout the U.S.A. and the Caribbean, and also wear fezzes as part of their regalia.
Supreme Emblem Club of the USA
A small group of Elks' ladies began meeting together in 1917 to wrap bandages for American troops during the First World War. They enjoyed the sociability, and at the same time felt the joy of accomplishment. The combination of assisting others and enjoying good fellowship appealed to other women, and a community group came together.

Fifteen members of a group of ladies in Providence, Rhode Island, related to members of the Benevolent and Protective Order of Elks, who were active under the name of Emblem Club, developed the idea of a national organization of such groups. The organization was chartered in the State of Rhode Island as the Supreme Emblem Club of the United States of America by Esther A. Sweeney, Mary T. Duffy, Alice Farrell, Mary L. Clark, and Charlotte O'Conner of the "original fifteen", on April 27, 1926, and filed in the office of the Secretary of State of Rhode Island on May 3, 1926.

Nine Emblem Clubs were organized during the first year in the New England States in Rhode Island, Massachusetts, New Hampshire, and Connecticut.

This number has steadily increased and now, in more than seventy years of formal existence, Emblem Clubs are located in every section of this country, including Alaska and Hawaii. With this organization continuously progressing, the future of Emblem is even more promising.

A special "Thanks" to Brother Denis McGowan who is a member of Staten Island Lodge No. 841 of the BPOE, as well as other fraternal Orders.