Facts and Dates about the Elks 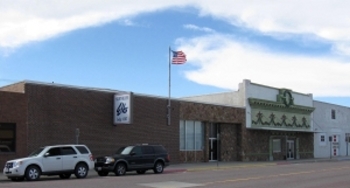 On May 9, 1961, the Grand Lodge Session created the "Americanism Committee."

At the Grand Lodge Session of 1946, the word "God" replaced the words "a believer in the existence of a Supreme Being."

On May 26, 1969, the Lodge Esquire's instructions on procedure was moved from the end of the initiation ceremony to its present position following the Obligation

On April 12, 1945, President Franklin Delano Roosevelt, a member of the Poughkeepsie, NY, Lodge No. 275, died at Warm Springs, Georgia.

In 1919, the use of the "Eleven O'clock Toast" on occasions where non-Elks were present was given official Grand Lodge permission.

On April 18, 1906, the great San Francisco Earthquake took place and the B.P.O.E. beat the U.S. Government in setting up a tent city for refugees.

In 1903 the original Elks National Home was dedicated in Bedford, Va.

In 1952, the Elks discontinued the use of a blindfold during the Initiation Ritual,

In 1895 the BPOE was incorporated nationally.


On June 12, 1939, the Baseball Hall of Fame opened in Cooperstown, NY, with a member of the Carnegie Elks Lodge, Honus Wagner, among the first players inducted.

On May 31, 1889, the tragic Johnstown Flood killed 2000 people, and the B.P.O.E. began its tradition of helping American citizens with a donation of thousands of dollars for relief.

In 1970 the "Hoop Shoot" became an Oregon Elks state program,

in 1972 was introduced nationwide. In 1976, GER George B. Klein dedicated Elks Hoop Shoot Plaque at Basketball Hall Of Fame.

In 1907, GER Henry A. Melvin suggested acceptance of the Elks Flag Day Ritual, written in part by William M. Hargest of Harrisburg Lodge No. 12, and in 1911 Flag Day Ritual became a mandatory observance.

1916 the present Elks National Home was dedicated in Bedford, Virginia.
The Elks Magazine began publication in 1922 with PGERs John K. Tener and J. Edgar Masters of Charleroi Lodge No. 494 on the Magazine Committee.

In 1934 the Elks National Foundation "Most Valuable Student Program" was begun.

In 1891 the Elks adopted the present Chair Officer designations,

in 1896 the American Flag was added to the B.P.O.E. altar arrangement.

In 1874 the B.P.O.E. instituted the position of District Deputy Grand Exalted Ruler.

In 1969 the Pledge Of Allegiance was moved from the Lodge closing to the Lodge opening ceremony, and the singing of "God Bless America" was approved as an optional substitute for the opening Ode.

In 1963 the call up of Lodge was reduced from four raps to three raps, with three raps used previously as a signal to remove the blindfold ( removed in 1952).

In 1956 the Leading Knight began giving the charge when delivering Flag to Esquire.


On Oct. 5, 1947, Brother Harry S. Truman, a member of the Independence, MO Lodge, makes the first televised presidential address. On Sept. 8, 1946, the Elks Memorial was rededicated in Chicago, and the man who pulled the American Flag aloft that day was Brother John "Jack" Bradley of Appleton, WI, one of the marines who raised the American Flag at Mt. Suribachi in Iwo Jima.

On March 17, 1889, members of the Boston and Omaha Lodges bring the body of Charles A.S. Vivian to from Leadville, CO to Boston, MA where he is interred in the Elks Rest.

On March 20, 1870, the first Lodge of Sorrows was held for Brothers George E. Farmer and John W. Glenn; on the same date in 1880, the founder of the B.P.O.E., Charles Algernon Sidney Vivian, passed away of pneumonia in Leadville, CO.

On Feb. 8, 1908, Elk member Frank E. Herring, an affiliate of the South Bend, IN Lodge, proposed a national Mother's Day.

On Nov. 1, 1937, the B.P.O.E. began a radio blitz aimed at safety on America's highways, a program that reduced fatalities by 27% during a thirteen week period.

On Dec. 1, 1889, Allen O. Myers, a member of the Columbus Lodge No. 37 in Ohio, named the first Sunday of December as our great Elk Memorial Day.

On Sept. 30, 1908, PGER John K. Tener of the Charleroi Lodge umpired a spirited baseball game between a team from Greensburg Lodge No. 511 and the Boston Red Sox, led by Cy Young; the Elks won by 2 - 0.