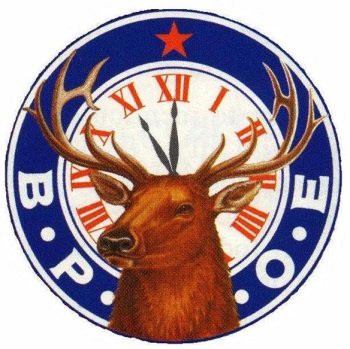 History of the 11th Hour By Geoff Dobson At the top of the sign in front of most Elks Lodges is the emblem of the Elks, an image of the Monarch of the Forest in front of a clock whose hands permanently point to the Hour of Eleven. In every Elks Lodge from Guam to Maine, from Puerto Rico and the former Panama Canal Zone to Alaska, all activity pauses as chimes toll the hour of eleven, the Hour of Recollection, a time to remember those who no longer answer when their name is called, and a time to remember servicemen in distant places fighting for freedom. It has been said that the Elks' Hour of Eleven inspired John J. Pershing, a member of the El Paso Texas Elks Lodge, to designate that hour as the time for the guns of war to go silent at the end of World War I. Indeed, the day following Gen. Pershing's return to the United States, he went to the Elks Lodge in New York City to thank the Order for its contributions to the war effort. In the War, an estimated 100,000 Elks answered their nation's call, the Order contributed a field hospital to the military and following the war contributed a rehabilitative hospital in Boston. It became the country's first V.A. hospital.