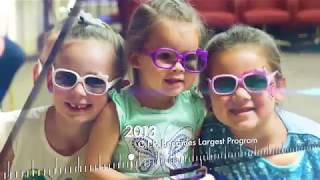 This timeline captures many of the Order's significant achievements in our first 150 years. Take a look! (Runtime: 1 min., 57 secs.) 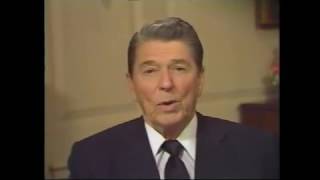 Here is Famed Boston Mayor James Michael Curley (1874-1958) and the BPOE Eleven O'Clock Toast from the Elks' National Convention in Boston - July, 1924. Curley served four terms as Mayor of Boston: 1914-1918, 1922-1926, 1930-1934 and 1946-1950.[7] During his second term in the House of Representatives, Curley's popularity in Boston remained high, even in the face of a felony indictment in 1943 for influence peddling, which stemmed from his involvement with a consulting firm seeking to secure defense contracts. On the slogan "Curley Gets Things Done" he won an unprecedented fourth term as mayor of Boston in 1945. A second indictment by a federal grand jury, for mail fraud, did not harm his campaign and Curley won the election with 45% of the vote.[8] In June 1947, he was sentenced to 6-18 months in a federal prison in Connecticut. John B. Hynes, who would defeat Curley for re-election, served as acting mayor during his absence. Curley spent five months in prison before being pardoned by President Truman, under pressure from the Massachusetts congressional delegation. A crowd of thousands greeted Curley upon his return to Boston, with a brass band playing "Hail to the Chief".[8] After his first day back in office, Curley told reporters, "I have accomplished more in one day than has been done in the five months of my absence."[8] Hynes, the city clerk, had intentionally held many large items in limbo until Curley's release from prison so the mayor could handle them himself. Insulted by Curley's remark, Hynes decided to run for mayor in the 1949 election

Here is Actor and Vaudeville Star Nat M. Wills (1873-1917) singing BPOE on a Victor one sided Grand Prize 10" 78rpm Record from late 1908. A master of Satire, Wills tells the satirical story here of his initiation and subsequent experiences with the "Best People on Earth" the BPOE (The Benevolent and Protective Order of the Elks!! Wills entertained delighted Audiences for many years with his own unique brand of singing these kinds of songs, until his tragic accidental death in 1917. The gramophone is a Victor type II Talking Machine from about 1905. Some of the history of the BPOE initiation ceremony alluded by Wills in this song with tongue in cheek humor, can by found in various BPOE History sites on the Internet. One states as follows: Early candidates found that a physician's certificate of examination was necessary as a part of the joining process, and the male prospect had to be in top condition to even be considered. Then, once the candidate had met that criteria and was in the Lodge room, he was blindfolded, and instead of dimmed lights and beautiful words, he was subjected to much horseplay. The minutes of the Ashland Lodge No. 384 describe in detail of their candidates wearing shoes with lead soles designed to make the wearer walk as though intoxicated. The old Ritual Book spells out other trickery, with members agreeing with the Exalted Ruler's declaration that the candidates be "shaved." Once this decision was made, a "City Barber" appeared to the blindfolded candidates whereupon, with a dull file simulating a straight razor, he literally scraped the faces of the men to "shave" them. A few other jokes, all of which were contained in the Ritual Book, described each ordeal in great detail, such as "walking on broken glass," actually egg shells, and it even mentioned how to end the "horseplay" session with real guns, loaded with blanks, being fired off behind the now-weary and very confused new members.

This was submitted by Valerie Dickison, granddaughter of Thomas J. Shaw (1870-1948). He composed and published "The Big Elks March" sometime around the 1920s. The song was performed and recorded by a professional musician Peter Kok for you to enjoy.