Indiana Elks Charities, Inc. was formed in the mid 1940's to administer the Indiana State Major Project which is to fight the various dreaded cancer diseases that strike hundreds of Indiana Hoosiers each year. The State of Indiana is indeed fortunate to have two major cancer research facilities which are located at Purdue University and Indiana University. Both institutions have since become the recipients of Indiana Elkdom's generous fundraising efforts.

At our State Convention in June, 2015, the Indiana Elks Cancer Research Program at Purdue University was presented a check for $125,000.

At the same Convention the Indiana Elks Cancer Research Program at Indiana University was also presented a check for $125,000.

Combined contributions to both institutions now total in excess of $8.1 Million. Although we wish it could be more, the Indiana Elks are indeed proud of this accomplishment. 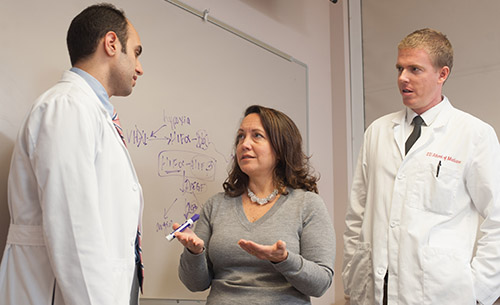 Our State Association is incorporated under the Indiana Not-For-Profit Corporation Act of 1971 for the following purposes:

A) To inculcate the principles of Charity, Justice, Brotherly Love and Fidelity, to promote the welfare oand enhance the happiness of its members; to quicken the spirit of American patriotism; to cultivate good fellowship; to perpetuate itself as a fraternal organization, and to provide for its government.

B) To united the Lodges of the State of Indiana of the Benevolent and Protective Order of Elks of the United States of America and the members therof in closer bonds of good fellowship and fraternity; to protect and promote the interests of the Order within the State of Indiana; and to regulate its internal affairs consistent with the Constitution and Statutes of the Order under the supervison of hte Grand Lodge of the Order; and;

C) To further the welfare and common good of Lodges of the Order in the State of Indiana. 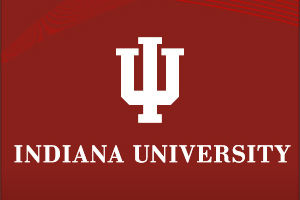 Long before the Indiana University Simon Cancer Center was founded in 1992, the Indiana Elks Association was generously funding cancer research at the IU School of Medicine. In the past 50 years, Elks lodges from communities all over the state have worked together on their “state major project” to generate more than $4 million for cancer research at IU. From golf outings to ladies’ luncheons to casino nights to Valentine’s Day dances, generations of Elks have worked tirelessly to support cancer research. In more recent years, Elks funds have been directed specifically to young IU Simon Cancer Center scientists who are in need of start-up funding for their research careers. In 2008, the Elks committed to funding a new $1 million endowment that will permanently generate annual funding for young investigators and will encourage brilliant young people to pursue careers in cancer research.

Since 1948, The Indiana Elks Charities, Inc., has supported Purdue’s faculty with Innovative Grants funding. These grants help researchers pursue pioneering ideas that might not otherwise receive funding. Fighting cancer is the major state focus for the Indiana Elks, and more than 70 Indiana lodges raise money each year for cancer research in Indiana.