The ENF is proud to present the 2019-20 Elks Scholar Advisory Board.

The outstanding Elks scholar advisory board members are listed below. Brandon attends Duke University as an Environmental Science and Policy major. During basketball season, he can be found cheering on the Blue Devils at Cameron Indoor Stadium. In high school, he started his own honey business, the Bee’s Knees Honey. He continues beekeeping in college in the Durham area. “Wherever my life takes me,” Brandon shares, “I want to bear the name of an Elks scholar with pride and continue to get more students involved with this incredible organization.” Kimberly studies Mathematics at Williams College. In high school, Kimberly tutored students in math, SAT and ACT prep each summer through the Academic Excellence Math Program. She was also the Clarinet Section Leader in her high school band and a 4-H Teen Leader. “More than a mere thank you,” Kimberly expressed, “I believe that the manner in which I continue to carry myself, approach my studies, and continue to serve my community will provide an example of the impact that being an Elks scholar has, and will continue to have on my life.” Autumn is currently studying to obtain a Bachelor of Science degree while majoring in Biology. She will then continue her studies to become a Doctor of Physical Therapy. In high school, Autumn played four varsity sports and was involved with numerous clubs and community service opportunities. She's now involved with Greek life at the University of New Mexico. Kat attends San Diego State University where she studies Public Health. In high school, she was very involved in extracurriculars such as Varsity Tennis and the Asian American Pacific Student Union Club, as well as volunteering with various organizations including My Girlfriend's Closet, a non-profit that provides gently used clothing, shoes and accessories to economically disadvantaged teenage girls and young women. She also worked multiple jobs and internships, including a highly competitive Emergency Room internship at Tri City Medical Center. When asked what it means to be an Elks scholar, Kat said, "Because of the Elks generosity I now have hope in myself that with my education I can become an active member and join other scholars to help change the world." 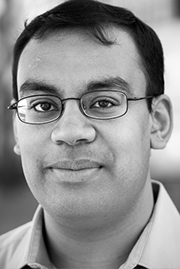 Shaan received an MVS award in 2003 that supported him during his time at Case Western Reserve University. After his undergraduate studies, he spent time at Oxford University as a Rhodes Scholar. He then went on to get his MBS from Harvard Business School and his Medical Degree from Harvard Medical School. Now, he is a principal at the Longwood Fund, an early-stage venture capital firm, where he invests in healthcare and life sciences companies and collaborates to build new ventures. He is also an attending hospitalist at the Massachusetts General Hospital and an Instructor in Medicine at Harvard Medical School. Shaan has stayed in touch with the Foundation for years, was the 2018 Elks Scholar Alum of the Year and continues to give back to the Elks scholar community. 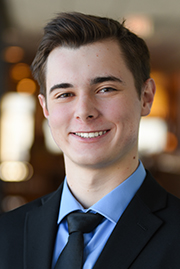 University of Illinois at Urbana-Champaign

Jacob is currently studying Physics at the University of Illinois at Urbana-Champaign. On campus, he is involved in the Honors Program Student Council and Collegiate 4-H. After getting his bachelor's degree, he plans on attending graduate school to pursue a Ph.D. in Physics. Jacob is excited to get involved as a member of the SAB after attending multiple Elks Scholar Service Trips and attending the Leadership Weekend twice, once as an MVS finalist and again as a scholar leader. Asked about this opportunity on the SAB, Jacob replied, "After every ENF event that I have attended, I have left feeling enriched and yearning for more. This is an opportunity to not only help advise about ENF events, but also to be at more ENF events and connect with other scholars." Sponsored by and member of Oceano/Five Cities, Calif., Lodge No. 2504

After joining the Elks family as an MVS scholar, Sean continued his journey with the Elks by joining his sponsoring Lodge, Oceano/Five Cities, Calif., Lodge No. 2504. Sean received his bachelor's and master's degrees in civil engineering from Cal Poly San Luis Obispo. He's a Journey Engineer at the Pacific Gas and Electric Company. Since joining the Elks in 2015, Sean has served as both the Lodge and District Scholarship Chair for the past four years. “I could go on to say so much more about the Elks, but I'll simply end by saying thank you to the ENF and the Order for allowing me to become a part of such a beautiful family,” Sean shares. “I look forward to continuing to provide service to my community, and to the Order, as an Elks Scholar and an Elks member.”